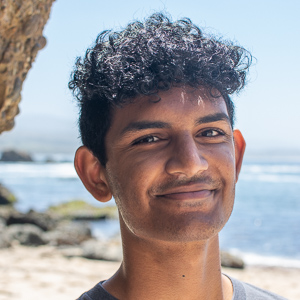 My 20th birthday is coming up.

I was recently chatting with a friend about how arbitrary birthdays are. Treating age like a step function is a little bizarre - you don’t wake up one day and feel an entire year older. We brought up that birthdays are a strange celebration of achievement. The fact that I was able to live to make it to a certain age is supposed to be special. This would make sense if I was nearing old age, but I’m not. I live in a country where the life expectancy is close to 80 years, so perhaps making it to 80 would be cause for celebration.

It’s not that I don’t enjoy doing nice things for myself or having time where I can just focus on myself. I think that this kind of time is (i) better spent when distributed over the course of the year and (ii) not explicitly bound to a single 24 hour period, i.e, my birthday. As a kid, with little to no disposable income, it makes sense that birthdays are the best part of the year. Now I’m an adult (at least legally) and have some money to spare. It wouldn’t make sense to wait until my birthday to buy something I want, or even worse, buy something that I don’t really want out of obligation to the birthday tradition.

Having said all that, my upcoming 20th birthday is actually special to me. I know that there are a few birthdays that are socially and legally important: 18, 21, and whenever it is that you are supposed to retire. 20 is an inbetweener: you still can’t get drunk or high but can enlist in the military, oh and you are no longer a teenager. So why is it special? It just so happens that this year, my birthday will coincide with what I consider to be a significant life event. Even my birthday cynicism can take a pause for this bittersweet coincidence.

I moved back to the United States when I was 13 after having lived in India for a little over 6 years. We actually moved back into the same house that we lived in before we moved to India. The elementary school that I went to was still a walking distance away, but everything in the neighborhood seemed foreign. I distinctly remember seeing a sky full of stars at night the night we moved back, something that I don’t recall ever seeing in Hyderabad.

Moving back to Redmond was difficult but exciting. I was really uncomfortable with the way that I looked and talked as a growing teenage boy. I was lanky and uncoordinated, acne ridden, and had a voice that constantly switched between a slight Indian accent and cracking. In a trial by fire, I was thrown into an American high school where I had no friends and was slightly behind academically. If this isn’t Hollywood gold I don’t know what is.

I won’t go into much detail about high school, it seems like a weird thing to reminisce about in a blog post. The tl;dr is that I made a huge effort to excel academically, but also made many good friends during the process. I even managed to enter a pretty serious relationship. Towards the end of high school, I was feeling good about my life and had worked really hard to feel that way.

That’s why I was so reluctant to move to California right after high school. I tried to push the move off for so long. Eventually the time came, and I still wasn’t ready to say goodbye. My parents and little brother had already moved on. We had done this a couple of times already, so what was the big deal?

I made up my mind that even after moving to the bay area, I would do whatever I could to visit Seattle often, and maintain the friendships that I had struggled to make. Thanksgiving, winter break, and summer were spent flying between school, home, and Seattle. When I wasn’t in Seattle, I was planning trips to Seattle, telling friends at school about how I adored Seattle, how I would move back as soon as I graduated. When people asked me where home was, I would say Seattle. A white lie, but it beat explaining how I didn’t really feel connected to any one place as a result of moving around so often.

I spent 3 months in Seattle this summer, the most time I have spent here since moving away. My feelings are mixed. I was surprised that I was able to keep my promise to myself for this long. I got to meet up with friends I hadn’t seen in a long time, show people around touristy Seattle things, and even indulge in some exploration of the city myself.

I was also let down. I didn’t feel super fulfilled by the interactions I had with old friends. It was great seeing them again and catching up with how we were all doing. But I think I just had an unrealistic expectation that everything would be just like it was back then. I should know by now that this is rarely the case, but it still felt bad to find this out the hard way.

Very recently, I came to the conclusion that it might be time for me to move on from Seattle for now. Splitting time between Seattle, the Bay Area, and San Diego has left me exhausted and with not great things to say about any one of them. I really do love Seattle. It is a great combination of city, nature, and everything else, as long as you can get past the occasional drizzle. I will never stop telling people at parties how great of a city it is. It’s just that now I won’t have as much trouble answering where I’m from, and won’t be compelled to lie.

The plan right now is to graduate and, if everything works out, move to NYC. All I need is to bump into an old friend at Central Perk on my wedding day and move into their enormous 2 bedroom apartment in Manhattan. Jokes aside, the east coast is truly novel to me. It will give me the chance to start it all over again - make new friends and explore different hobbies and tastes I might have, but this time on my own terms and with much less acne. This will also give me the chance to give San Diego and San Francisco their own fair share at winning my heart. I’ve made a bucket list and everything (did you know that you can swim with sharks at La Jolla shores??).

On September 7th, one day before my 20th birthday, I’m leaving Seattle and going home to the bay area. In the past, leaving Seattle has always meant planning another trip back, but this is no longer the case. I’m not usually one for corny symbolism, but come on, the timing here is just perfect. I’m really grateful for the time I spent as a teenager, growing up here. I’ll be back, I just don’t know when, and I am finally content with that. Thank you everyone who helped me along the way.

You May Also Enjoy

My first ever blog post! Hopefully I will have interesting things to write about, from things I learn at school to projects that I am working on. Stay tuned!